Life on Mars is back…. It started on BBC1 tonight! 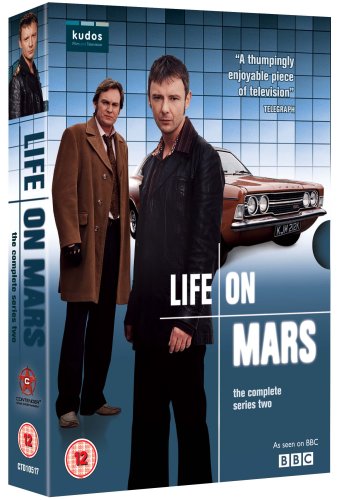 Life on Mars is Fantastic series – little odd in places, but I enjoyed the last one and will be watching this series!

The format of the series mixes time travel with police drama, with the central character being modern-day policeman Sam Tyler (played by John Simm), who after being hit by a car in 2006 finds himself back in 1973. There, he is working for Manchester and Salford Police CID under DCI Gene Hunt (played by Philip Glenister). Over the course of the series, Tyler faces various culture clashes, most frequently regarding differences in his seemingly naÃ¯ve approach to policing compared to that of his colleagues. The series also features a strong ambiguity concerning Tyler’s predicament: it is unclear whether he really has travelled back in time, is in a coma in 2006 and imagining his experiences, or is really from 1973 and mentally unstable.